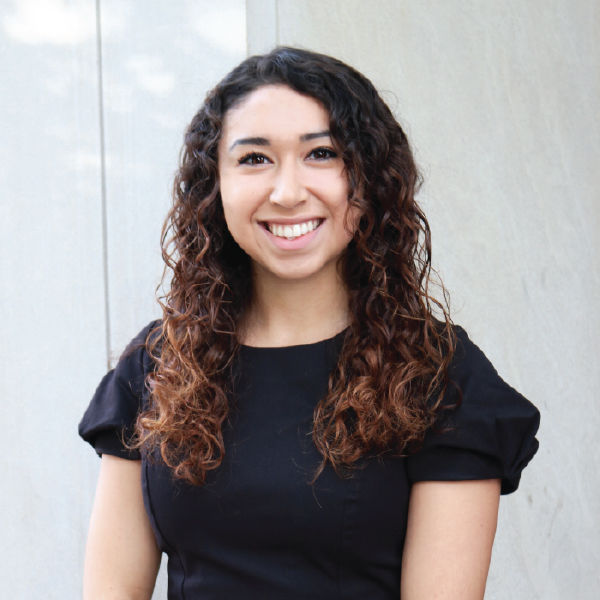 Caitlin Eckerman, Notre Dame Class of 2020, started her college journey majoring in Neuroscience, but she soon began to question her decision. After some self-reflection, she felt that Arts & Letters was more “her style” and switched her major to Psychology. “I came in with a very open mind thinking, ‘This is my time to explore and find different areas’,” Eckerman said, explaining why she was optimistic about her career possibilities.

After studying abroad in Rome, Eckerman was impacted by the theology course, Catholic Social Tradition and Migration. This led her to add a minor in Peace Studies, saying it “has become my absolute passion.” Eckerman felt that Peace Studies aligned with her academic and personal interests, and she decided to find out what careers she could pursue. “Sophomore year I looked on the Career Development website to see what was out there. I was really looking for someone who could be a guide on what you can do within government work.” She then connected with pre-law adviser Anita Rees.

The two built a relationship from counseling meetings, common interests, and helpful resources Rees would provide. “I had an initial meeting with Anita, and she showed me all of the resources available,” one being a pre-law email. Through this, she discovered an opportunity provided by the Center for Career Development, led by Rees, called the D.C. Career Trek. She applied, feeling the program might be a chance to expose her “to different sectors other than the traditional lawyer route.”

Eckerman was one of seven students chosen for the Career Trek. The experience in Washington was “an eye-opening, very intense couple of days.” In four days, they visited nine organizations, including the Atlantic Council, Chemonics, Facebook, and the U.S. State Department. “I really got a good look at the industries we explored,” she said, “It was super helpful to see the different jobs within the industry and all of the different ways you can use your academic skills, especially coming from Arts & Letters.”

Eckerman says one of the most impactful parts of the Trek was getting to interact with Notre Dame alumni. She particularly remembers advice from Notre Dame alumna Kaitlin Sullivan while visiting Facebook’s headquarters. “She said, ‘You’re not a tree. You’re not rooted down and can move around at any time.’ That has been a particularly comforting thought for me as I’m going off trying to find my first job out of college. I like the thought that if I don’t like something, I can change or I can find my niche area but always build experience and discern further where I want to be.”

Eckerman credits the D.C. Trek to being “one of the major determining factors of my career trajectory.” Afterward, she pivoted toward pursuing a career in government and policy. Coincidentally, just days before the Trek, she applied for an internship at the State Department. Visiting the organization only solidified her interest in working there. During the visit, Eckerman connected with U.S. State Department employee C.J. Pine, a Notre Dame 2017 alum. Later, she reached out to him and the two developed a friendship in which they were able to discuss his career path, goals, and how he obtained his position at the State Department.

During the summer of 2019, she secured a full-time internship with the State Department in the Policy and Resource Planning Office within the Bureau of Population of Refugees and Migration. In her position, she was trusted with a large workload and much responsibility. Working with the policy and planning team, she regularly analyzed funding proposals from big organizations. She said her involvement with Notre Dame’s student-led Peace Conference helped her feel prepared to accomplish the task at hand.

“Seeing how these areas of expertise and skills -- from being able to research and analyze a topic, or look at something from a broader level, then bring it together to really synthesize your findings, are super important skills,” Eckerman said. “They take years to develop, and that’s what my four years at Notre Dame has helped me do.”

Of her various responsibilities during the summer, the largest was creating a new congressional report based on the fiscal budget for the year – an important document for department officials to use in securing funding in future years. She then had to present her findings to senior authority, something that initially felt intimidating. Eckerman said the work environment was extremely supportive, only helping her self-confidence grow.

“I gained more confidence in myself knowing that I had knowledge and skills to bring to the table,” Eckerman said. “Being assured that I can bring value to a job has been the most beneficial.”

The internship gave Eckerman a better idea of where she wants to situate herself within the government, and she says the opportunity provided clarity where she, as a person, would excel and get the most value out of her career. “Reflecting back on my undergraduate years, what I’m most happy with myself is that I allowed room for myself to grow and really find my niche.”

Eckerman has used her Trek and State Department experiences to give back to the Center for Career Development. After being introduced to partners at the Refugee Processing Center (RPC), she helped develop a relationship between the organization and the D.C. Career Trek. Eckerman’s reasoning behind creating the connection stemmed from her relationship with Rees.

“Anita has been such a strong support and foundation in my career experience,” she said. “The Center for Career Development is a place where I feel welcome and has so many resources and people that are passionate about helping you find what you’re passionate about.”

She also wanted to provide the 2019 D.C. Career Trek students exposure to jobs focused on peace building. “I thought it would be a great relationship to build, and the RPC would really benefit from having these high achieving students come in and be exposed to the work that they do, and see if maybe they can recruit some ND students.”

After graduation, Eckerman wants to gain more experience in Washington, D.C. For now, she says pursuing an advanced degree, potentially a masters in global affairs or something combined with a law degree, is in her future.

Ultimately, while having a general direction, she continues to leave herself open to other opportunities. “I’m not sure where I will end up,” she said, “but ultimately I know I will be happy.”